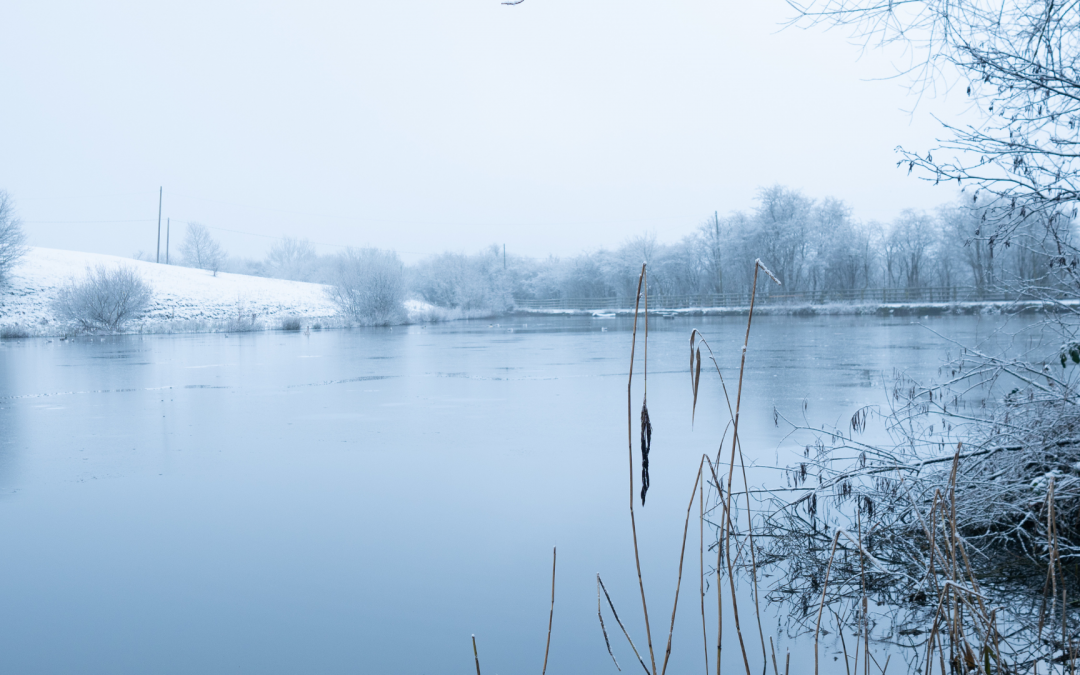 Some people traverse winter effortlessly . . . this is for those who have problems navigating their way to the joys of spring. I’m writing here about the mild lows and depression, the Winter Blues, accompanying the onset of winter. Seasonal Affective Disorder – SAD is a more acute depression requiring a strategic approach. If you think you experience the latter, it will be of benefit to read more about it and, possibly, seek professional help.

Most people experience a rise in energy and lifting of spirits on a sunny spring day: waking up, jumping out of bed, eager to engage with the world. Spring heralds returning light, the lack of it having such a marked effect on energy levels, mood and outlook over the winter months.

We receive less light over the short days of winter, affecting us in various ways: lower energy, alteration in mood, listlessness, lack of focus, mild depression. There are tactics which will help with these symptoms, ameliorating the worst effects.

Sleep is invaluable at any time as the prime way we restore our energy, reset our brains, process our experience and restore our systems. In winter, sleep is even more useful, it sets us up ready to grow and thrive in the year to come. Go to bed earlier, get enough sleep, you wake feeling rested, more positive, with energy to face the day. Use winter as a bed- hibernation. Make your sleeping as comfortable and restful as you can. Don’t look at screens (screens simulating paper on eReaders are the exception) after you have gone to bed.

Adjust to the winter circadian rhythm, the physical, mental and behavioural changes which
follow a 24-hour cycle, the natural pace of life dictated by shorter days. Generally in the
house, do not watch too much television, look at screens or over-stimulate with artificial light.

Activity staves off depression. Go outside every day, if only to look at the sky. Better would be a walk. Get as much natural light as possible on short winter days. This gives real benefit, it elevates your state of well-being. Whether you are inside or outside, move. It’s good for your physical and mental health to invest more energy in movement in winter because you are less inclined, less willing, less arsed to do so. Force yourself, you’ll be doing yourself a favour.

Depression developed in humans over millennia as a way of coping with less activity, shortages of food and long periods inside the cave (other dwellings were available) over winter. Less energy expended meant less food required. Depression was a way to attain low levels of energy output, a kind of human hibernation. Sleep and rest are healthy things to be doing in winter. Some depression in winter is entirely natural, recognising it as such will help:

‘I feel down! I hate winter! It’s raining again. It’s worse every year! I wish I lived in Antigua. I haven’t got enough time or money for a holiday. I hate my life! I’m going to have a drink.’ This kind of self-talking will make it a problem, make it worse, make it persist.

Winter is what it is, accept it. It has a shorter reign than most rulers.

There are things you can do mentally, ways in which you can frame your thinking, which will keep your mood higher and minimise the negative effects of living in the northern hemisphere during the darker months.

It seems to be easier, and faster, going into winter than coming out of it. The real down periods, for most, seem to be after Christmas and New Year. Count the weeks down to the winter solstice on 21 st December, the shortest, darkest day of the year in the northern hemisphere. Set the 21 st , in your mind, as the end of the natural year and the 22 nd as the beginning of the new one. After the solstice, it gets lighter by about two minutes a day, 15 minutes a week, until the clocks go forward again at the end of March. By the third week of January the evenings are beginning to be noticeably lighter. After this, every week is an increased advance into spring. In addition, the mornings will gradually be becoming lighter earlier.

Doing this will help you to conceptualise the worst period for Winter Blues as only three
weeks long . . . bearable.

Think of what you enjoy doing, what makes you feel good: do those things in winter. Make winter the season when you take the time to do enjoyable things and really look after yourself.

When you think about the weather, change your parameters. Stop describing it, even in your head, as good or bad weather, think of it instead as variable, interesting, always changing. There is as much variation in winter weather as there is in summer weather, take time to observe it more objectively. Stop being a victim of weather, that is, do not let what the weather is doing determine what your moods are doing. In other words, on this one let your cognitive take charge of your affective: let your rational mind inform your feelings.

Remind yourself that we are all an integral part of the great cycle of the planet, a part of the natural world. All living things, plants, animals, trees, have fallow periods during which they conserve, recoup and rebuild their strength. No life is always On. Slow, Pause and Stop are also necessary, and healthy, settings.

These days, apart from the far north and the far south, winter is a third of the year at most and much milder than it used to be. Slow down, accept it, learn to enjoy it . . . and then make the very most you can of spring, summer and autumn.

The only weather that matters is the weather inside your head.