John Baron recognised by The British Slovak Chamber of Commerce 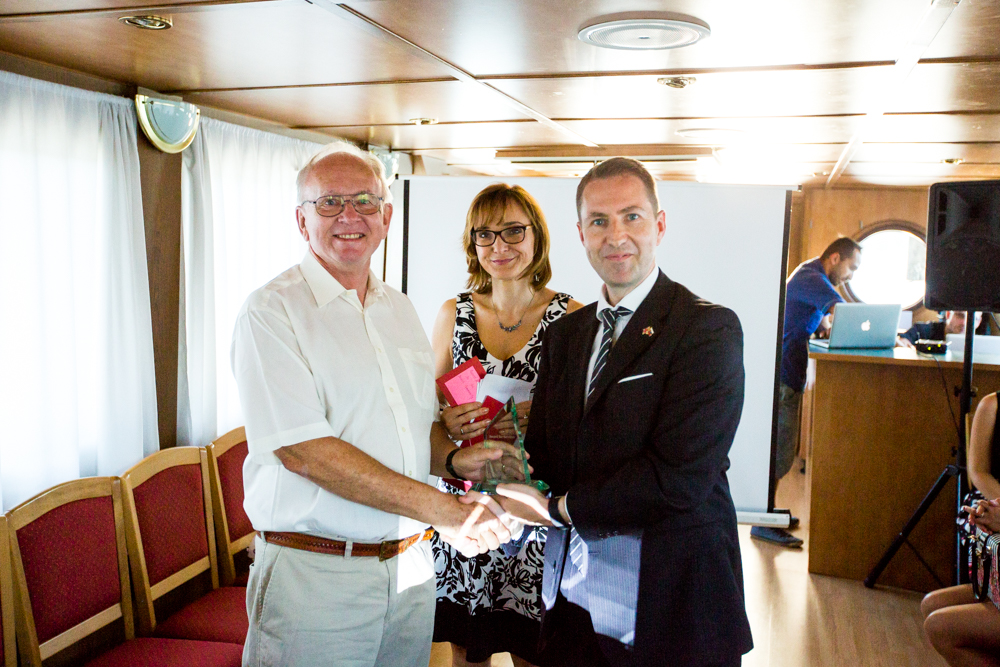 John Baron, AICDP’s Director for Central and Eastern Europe was invited by The British Slovak Chamber of Commerce to be their guest at their AGM and Summer Party on a river cruise on the Danube at Bratislava.

John was joined by his wife, Anna and Bill Dunlop, President of AICDP. Whilst renewing acquaintances made during our recent event in the City and meeting with new potential partners John was totally surprised during the award ceremony. He received an unexpected award for his services to the local British community which was presented to him by the British Ambassador, Andy Garth, and Denisa Brighton, Executive Director of the chamber.